Black Pudding ‘Superfood’ – No, but it’s our SUPER food!

Apologies for being late to the Black Pudding Superfood party, we were a little busy sharing with you just what a, ahem, SUPER food Black Pudding is!

First of all, our apologies for being a little late to the Black Pudding ‘Superfood’ party, but we were a little busy setting up the club site to share with you just what a, ahem, SUPER food Black Pudding is! The same thing? Well, no, not quite.

We’re sure that you have all read that Black Pudding was included on a list of ‘Superfoods’ for 2016 earlier this year and that it prompted quite a media reaction. Some of reaction was positive and some was just incredulous to such a claim – Black Pudding, no way!! We’ve always been a little cynical about the whole ‘Superfood’ thing, dismissing it as nothing more than a marketing ploy. As we went off in search of proof, we didn’t have to look very hard – it is well documented as such!

So in this, our first post relating to ‘Health & Diet’, it leaves us to focus on the matter of fact health aspects of our SUPER (“very good” / “high quality”) food.  The benefit of being late to the party, however, means we’ve had the opportunity to review many of the articles written at the time. We’ve summarised the consistent health points made in the articles, but first for completeness, we’ll close off the marketing issue.

What is the term 'Superfood' meant to represent?

‘Superfood’ has no legal or official definition but is recognised in the Oxford Dictionary as “a nutrient-rich food considered to be especially beneficial for health and well-being“.  More often than not, and it is apparent from several of those articles published about Black Pudding, the term is attached to a food without any credible scientific proof of the perceived benefits. This is the main reason it is rarely used by dietitians and nutrition scientists. There are also EU regulations banning ‘Superfood’ health claims on food packaging unless supported by scientific evidence.

The trend, created by the food industry, exploits our desire to make healthy lifestyle choices, aiming to persuade us that eating some foods can have positive health benefits such as slowing down the ageing process, lifting depression, boosting our physical ability, and even our intelligence.

Why is the claim that Black Pudding is a Superfood just Marketing Hype?

Well, it is a claim made in good sentiment toward the health benefits of our favourite breakfast staple. It has always been regarded as a nutrient-rich food. But, it is widely acknowledged the term ‘Superfood’ was created for marketing purposes rather than the addition of a further [unnecessary] food classification. Here are two such articles explaining why (the dates highlighting it has been recognised for some time);

“Over the past decade, ‘Superfoods’ have become a marketing success story.”

– European Food Information Council, Nov 2012 | The science behind superfoods: are they really super?

Once the claim was made by Musclefood.com, an online food retailer of “Premium Nutrition for Healthy Living”, mainstream and social media were all over the story. Proof enough!? In mid January the Irish Examiner published an article ‘Black Pudding ‘Superfood’ status was a marketing ruse‘ including a statement from the source of the claim that it was made based on customer research and not scientific fact. Marketing it is!

Is it true that Black Pudding is a 'beneficial nutrient-rich food'?

Yes, it is!! However, it is not without a few negative health issues. So what are the consistent facts and conclusions we can take from the various media and expert articles?

To be fair, associating the term with Black Pudding has worked from a marketing perspective. It certainly pushed Black Pudding into the limelight and, from what we understand, boosted sales through the early part of the year for many of the producers and suppliers. Putting the hype to one side, it also provided some welcome focus on the more positive health factors associated with the Black Pudding.

Simply – All things in moderation!! Black Pudding is an obvious source of benefit but you would not necessarily recommend it to someone on a low-fat or low-salt diet. Given the term ‘Superfood’ is not defined, why call it such?  The important point, made in several of the articles, is achieving a healthy balanced diet and no single food will override that. There is room for any food type in your diet if it’s well managed.

Black Pudding has a unique character, as strong and distinct as it’s flavour, so no gimmicks should be required. If you are already a fan, it has been and always will be SUPER, regardless of any marketing hype or [un]representative health data analysis. Highlighting some of the health benefits has, however, been an added bonus. That said, must be time for a Black Pudding Chocolate Pot.

What the Papers said...

I’ll be honest, as a long-term black pudding fan, the superfood thing came as a bit of a surprise to me, too. “Superfood” is a term more usually applied to mouth-puckeringly tannic berries from the Amazon jungle than anything you’d actually choose to eat, let alone choose to eat topped with a fried egg | Felicity Cloake, The Guardian

It is perhaps 2016’s most unlikely new superfood. But black pudding, a breakfast staple in the many parts of the UK, has been listed as one of the foods expected to soar in popularity because of its nutritional benefits | Jenny Kane, Daily Mail

However the Institute of Food Research cast doubt on black pudding’s powers – and superfoods as a whole. A spokesman told The Independent that the body tries to avoid using the term, and advocates a well-balanced diet rather than relying on a small number of ‘superfoods’ | Kashmira Gander, The Independent

Clean eating of natural foods has been hailed as the way forward for all of us and processed food often gets a bad press, but the humble black pudding has bucked this thinking, with its benefits such as filling protein, potassium, calcium, magnesium, zinc and iron which is needed to make healthy blood cells, it is expected to become increasingly popular in 2016 amongst health conscious foodies. | Stornoway Gazette

Loaded with protein, potassium, calcium and magnesium, as well as being practically carb free, black pudding is expected to soar in popularity this year. It’s also rich in iron and zinc – two minerals frequently missing from modern diets | Sasha Brady, The Independent Ireland

What the Nutrition Expert said...

Amanda Hamilton, one of the UK’s most established nutritionists, references both sides of the question and writes in the opening section of her blog article Superfoods 2016 – Black Pudding, Really?

“if the newspaper article or marketing magic makes you eat something that’s very good for you that you wouldn’t have otherwise, who am I to rage against the marketing machine?”

having qualified the fact that not even so-called ‘Superfoods’ can compensate for an overall unhealthy diet. 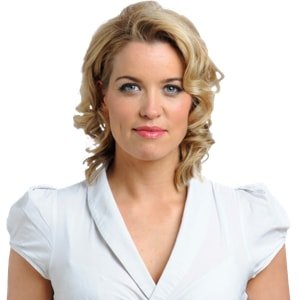 More importantly the health aspects, Amanda goes on to confirm

before re-iterating the following

What the Black Pudding Producers said...

For many people fat is the main area for concern, but not all black pudding is made equal, some poor quality products contain as much as one quarter fat. In a comparison of 25 black pudding products our black pudding slices have the lowest levels of fat available, at less than 3%, making them the perfect choice for people looking for a great tasting product that can fit with their healthy lifestyle | The Bury Black Pudding Company

With consumers being more informed thanks to the power of social media, we’re seeing an instant sales surge which took us a bit by surprise. But it’s great to see the masses enjoy black pudding | James Macsween, MD Macsween via The National

It’s been a staple on the kitchen table throughout the Hebrides for many years, it’s now good to see its benefits being recognised | Lorna Maclennan, Charles Macleod Butchers via Stornoway Gazette

This site uses Akismet to reduce spam. Learn how your comment data is processed.